The Science Of LENR: Part 2

Nickel & Hydrogen
Initially, LENR experiments were conducted using Palladium and deuterium/tritium, a form of heavy water occurring naturally in parts of the ocean and having 2 or 3 times more hydrogen than normal water. These reactants were expensive and not that easy to acquire.

The same science can occur, however, with other metals close to Palladium on the Periodic Table, the best of which is currently Nickel, which is cheap and abundant.

Iron can also be used but the science has to be worked out first. Both nickel and Palladium act as metal sponges for hydrogen just like a normal sponge does to water.

A combination of heat (beyond the Debye temperature) and pressure are applied to load the hydrogen into nickel and, in the presence of a catalyst, excess heat is produced. For best results, the exposed surface area of nickel on which the reaction occurs (known as the NAE or Nuclear Active Environment) has to be maximized and this is achieved by crushing the nickel into a fine powder.

Transmutation
LENR involves the transmutation of one element into another, e.g., the conversion of Nickel to Copper, Platinum to Gold, Iron to Cobalt, Palladium to Silver, etc. This only occurs in a nuclear reaction. 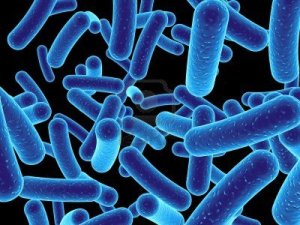 It is a widely known phenomenon that certain species of bacteria known as microbial transmutators such as E Coli, are capable of performing this same kind of transmutation. Hence the idea that LENR has been occurring under our feet for millennia and we just didn’t know it. Scientists believe this process could be duplicated in laboratories, possibly leading to biological LENR.

The below resources can be used for further Study on this topic:

Successful Experiments On Utilization Of High-Activity Nuclear Waste In The Process Of Transmutation In Growing Associations Of Microbiological Cultures by V.I. Vysotskii.

This entry was posted in Uncategorized and tagged Bacteria, Debye, Ecoli, LENR, Microbial. Bookmark the permalink.

3 Responses to The Science Of LENR: Part 2