There’s a tight race going on to commercialize Cold Fusion / LENR (Low Energy Nuclear Reactions) technologies. The two most prominent people involved are Randell Mills and Andrea Rossi, and it seems Rossi is the man in the lead. He’s made the most progress so far. He developed a device called an E-Cat (Energy Catalyzer), which converts electricity to heat at a minimum efficiency of 500%, or a COP (Coefficient of Performance) of 6. That is, 6 times more energy out than in.

The first version of the E-Cat operated at low temperatures enough to turn water into steam, was made of stainless steel, had an external tank supplying hydrogen, and was surrounded by Lead. As the temperature rose, the lead would melt and reflect the X-radiation back, creating terahertz radiation which would in turn increase the efficiency of the system.

Early version of the E-Cat. Very large and heavy.

The next version, the E-Cat HT (high temperature), operated at much higher temperatures of above 1 400°C. Enough to melt steel, so it was instead made of Alumina (a type of clay). It had a permanently sealed reaction chamber with powder fuel and therefore no external hydrogen feed. A 3rd party independent test of this unit was performed  in 2014 by Professors from the University of Bologna in Italy. This test lasted a full 32 days. The entire test ran on only 1 gram of fuel and produced over 1.5 MWh of energy throughout the duration of the test, in a volume of only 0.063 liters. This represents an amazing power density of 1.6 GWh/kg. Even more amazing, the test was shut down before the 1 gram of fuel was even consumed. Theoretically, the fuel could last a year.

Later version of the E-Cat. Had a power density of 1.6 GWh/kg, and weighed only 452 grams.

A 1 MW plant was then created, comprised of numerous E-Cat HTs and was installed at a client’s premises for testing purposes. An independent ERV (Expert Responsible for Validation) monitored the system performance, power output vs input, and so forth. This ran for an entire year (350 days) without incident and ended on 17 February 2016. The ERV’s report is now being prepared and should be revealed in a month’s time.

Progress did not end there, however. After the E-Cat HT, Andrea Rossi developed a more advanced version of the E-Cat, called the E-Cat X, that can directly produce light and electricity. Including ultraviolet radiation for purposes such as water purification. These units have the ability to output only electricity but with a slight trade off on efficiency. This is much like Fuel Cells, where a combination of heat and electricity in SOFCs (Solid Oxide Fuel Cells) has the highest efficiency.

Rossi has managed to miniaturize the E-Cat X and called the small module an E-Cat Quark X. This small unit has only a 100 watt rating. However, 10 of these can be combined to form a 1 KW unit, and these 1 KW units can then be combined to form larger units up to GWs in capacity. Much the same as Lithium Ion batteries and Fuel Cells. He has said he’s about to announce some big news about the E-Cat Quark X. Big news arriving soon.

There’s also the possibility of a low power E-Cat lamp made using metals like cesium or rubidium that melt at the temperature of the human body. The device would be switched on by simply grasping it in one hand for a few seconds until the nuclear reaction starts. Then you release it and the reaction will self-sustain, producing light for a few hours before needing another re-ignition by the same principle of  holding it in your hand. To switch it off, just dip it in water. Cost of the cesium and rubidium might prove prohibitive but we shall see. 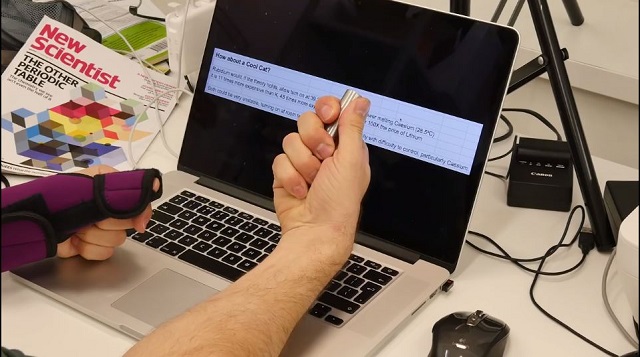 Turning on an E-Cat X using heat from the hand.

Rossi responds to all his followers daily on his blog, despite his hectic schedule and work.

As for Randell Mills, he’s the founder of Brilliant Light Power and is himself, in my own opinion, probably the most brilliant mind in the field of LENR today. He may not be the most successful, but definitely the greatest intellectual genius. In my opinion of course. I may be wrong. Soon after the 1989 debacle of Fleischmann/Pons, he developed a theoretical model to explain the anomalous results and excess heat witnessed in Cold Fusion. His theory was based on a fractional hydrogen that he calls Hydrinos; a theory earlier propounded by Robert L. Carroll, and later confirmed by Ronald Bourgoin. Mills found that electrons in a hydrogen atom can indeed get closer to the nucleus and every step they take as they fall closer to the nucleus releases a large amount of energy.

SunCell – An LENR Device That Runs On Water.

Currently, he has developed a device called a SunCell that produces brilliant light which can then be converted to electricity via ordinary photovoltaics. As you can see in the image above, the SunCell is rather big and way more complex than Rossi’s 452 gram E-Cat. It has 200 times the energy density of gasoline compared to over 130 000 for the E-Cat. The SunCell also requires at least 5 KW of electricity to power up, although that drops significantly once the reaction gets going.

12 Responses to Race to Commercialize Cold Fusion Is Afoot