Trump – Renewable Energies & The Technologies Of The Future 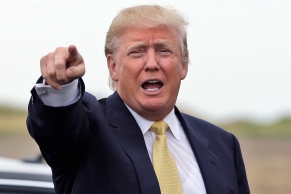 In an official press release, Donald Trump stated very categorically that he would “get the bureaucracy out of the way of innovation, so we can pursue all forms of energy.” Very importantly, he said that this “includes renewable energies and the technologies of the future. It includes nuclear, wind and solar energy – but not to the exclusion of other energy.”

I think this is probably one of the most important announcements in the history of LENR.

“The government should not pick winners and losers.” he continued, “Instead, it should remove obstacles to exploration. Any market has ups and downs, but lifting these draconian barriers will ensure that we are no longer at the mercy of global markets.”

We’ll talk about this some more during his presidency.

This entry was posted in Uncategorized and tagged LENR, Renewable Energies, Trump. Bookmark the permalink.

1 Response to Trump – Renewable Energies & The Technologies Of The Future