“God Has Given Me Something That Will Change The World!”

Mysterious inventor, Maxwell Sangulani Chikumbutso, Founder of Saith Technologies and a school drop out, claims to have received divine revelations of a new energy source, complete with formulas, component design and dimensions.

He says he understands the pitfalls of this field and has so far failed to patent any of his work due to the scepticism that follows anything that defies the known laws of physics. His invention has been labelled a perputal motion machine and is therefore non-patentable.

His “new energy” device is called the “Greener Power Machine” (GPM), which is a machine powered by what he terms a Microsonic Energy Device (MSED), a technology that generates electrical power by converting high radio frequency energy directly into electricity. The machine requires no fuel, has no emissions, and no moving parts. It is available in 500 KW and 630 KW versions and theoretically runs in perpetuity, creating energy to power itself and other devices on demand. 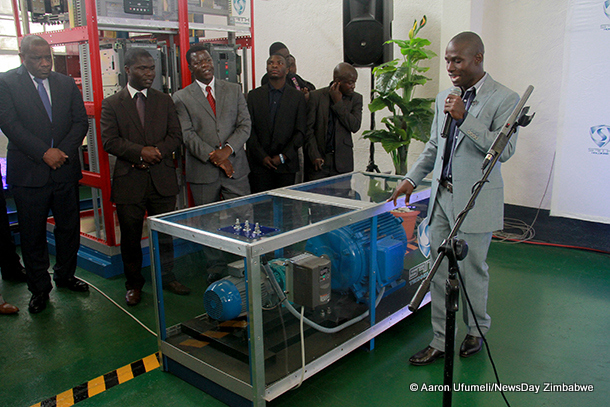 Maxwell incorporated the MSED technology into a vehicle he calls the “Saith”, a remodelled free-to-license Toyota vehicle expected to cost around $7,000. According to Maxwell, the car has a maximum speed of 56 mph (90 kph) and has enough horse power to tow a Ford Ranger with 6 people in it. Like the Toyota Mirai, the Saith is able to power your home when parked. The Saith, however, does not need to be charged and therefore has no charging plug at all. The inventor claims there’s no need to open the bonnet at all for five years at a time.

Because no patents have been granted thus far,  a self-destruct mechanism was worked into the engine to avoid reverse engineering. The moment the engine is opened, it will safely implode, destroying the internal components.

Additionaly, Maxwell also claims to have invented a 3 phase step-up transformer able to amplify electricity by up to 100 times, and thus allowing for the end of all electrical power shortages worldwide.

Sound too good to be true? Well I intend to interview Maxwell and find out, so stay tuned for another instalment coming soon.

3 Responses to “God Has Given Me Something That Will Change The World!”