Joi Scientific™ Inc., whose mission is to make clean and affordable hydrogen energy available to all, has signed the first-ever license agreement for its Hydrogen 2.0™ production technology with MarineMax® (NYSE: HZO), the world’s largest boat and yacht retailer. The license agreement grants MarineMax the exclusive rights to develop, manufacture, and sell propulsion and auxiliary boat power systems capable of running on hydrogen extracted from seawater using Joi Scientific’s Hydrogen 2.0 technology for the worldwide marine industry. MarineMax and Joi Scientific will undertake joint development to bring hydrogen-based energy solutions to leading vendors in the marine industry. 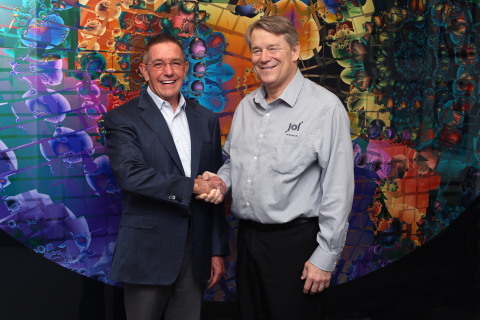 Hydrogen 2.0 is, according to Joi Scientific, the world’s first hydrogen production process based on the clean and affordable extraction of hydrogen directly from untreated seawater, on-demand, at the point of use. Hydrogen 2.0 technology will allow MarineMax to power boats, yachts, and ships using direct combustion, hybrid electric, or fuel cells to convert the hydrogen to power. This power can be used for multiple applications—including auxiliary power for lighting, heating, cooling, and cabin services, in addition to primary or secondary propulsion of any vessel.

“Joi Scientific’s innovative Hydrogen 2.0 technology provides three major advantages to the marine industry,” explains William McGill, Jr., Chairman and CEO of MarineMax. “It uses seawater as the base fuel stock that is very readily available. It derives power from a safe and reliable conversion process that is sustainable; involves no combustion of hydrocarbons; emits no carbon; and when used with fuel cells, produces no noise. It is also highly versatile and can potentially scale from auxiliary power for boats at anchor to powering the main propulsion system of pleasure and commercial yachts and ships.”

It is planned that the development of on-board power systems using Hydrogen 2.0 technology will be undertaken jointly by MarineMax, Joi Scientific, and their co-development partners who will work with vendors across the industry to develop complete solutions. Development work will initially focus on auxiliary power systems for yachts and for use in slow-speed cruising propulsion.

“Hydrogen is the world’s best fuel. By weight hydrogen is energy dense, and its only by-product is clean water when consumed,” says Traver Kennedy, CEO of Joi Scientific. “MarineMax, an innovator with a strong history of leadership, is an ideal partner to work with to develop our Hydrogen 2.0 technology for the marine industry, bringing the benefits of hydrogen to boats, yachts, and seagoing marine vessels around the world.”

Joi Scientific was founded by a group of global business leaders, technologists, and social entrepreneurs who believe that plentiful hydrogen holds the key to giving the world a viable, no-compromise energy alternative. The company’s Hydrogen 2.0 technology has the potential to be the world’s first hydrogen production process that is on-demand, economically competitive, and environmentally neutral. The company is licensing its Hydrogen 2.0 technology to a wide range of major power industries including electrical generation, heat generation, transportation, and specialty power. Joi Scientific is headquartered at the Kennedy Space Center in Florida.